If you’re potty about prehistory, romantic about the Romans or love the ‘vibe’ of the Vikings – a holiday exploring the mysteries of times past could be a perfect choice. The UK’s many stunning rural locations can feed the imagination about who lived in such places in ancient times and glamping in the UK is an ideal way to ‘connect’ with the history of the land surrounding us. It’s all there in the layers right under our feet!

So if the thought of a fun trip discovering more about our ancestors appeals, there are many opportunities for glamping close to fantastic heritage sites, museums or exciting exhibitions. Your time travel adventure awaits so fasten your seatbelts.

In Shetland, Braewick and Burravoe Wigwams are both within easy reach of the amazing archaeological settlement of Jarlshof – occupied over a 4,000 year period by people from the Neolithic, Bonze Age, Iron Age, Pictish, Viking and medieval eras. The Shetlanders are very proud of their Viking heritage in particular and you can even time your visit to coincide with one of their spectacular Viking ‘Up Helly Aa’ fire festivals (image above) culminating in the dramatic burning of a replica long ship.

When glamping in the UK you might find yourself staying at Bower Wigwams near Wick in Caithness, which will place you in the county with more Iron Age broch sites than anywhere else in Scotland! It even has its own Broch Centre telling the story of these impressive stone built towers, thought to have marked out the territories of those who built them. There are also cairns, stone circles and standing stones to be found in the area. The Heritage Centre at Wick is a good starting point for investigating the area’s past.

Day trips are also possible from Caithness to Orkney - one of the richest archaeological landscapes in the world with its Heart of Neolithic Orkney World Heritage site. Visitors can view the impressive ‘Ring of Brodgar’, ‘Maeshowe’ chambered tomb or drop in to see the remains of a massive walled enclosure  dubbed Orkney’s ‘Neolithic Cathedral’ – well worth a flying visit. 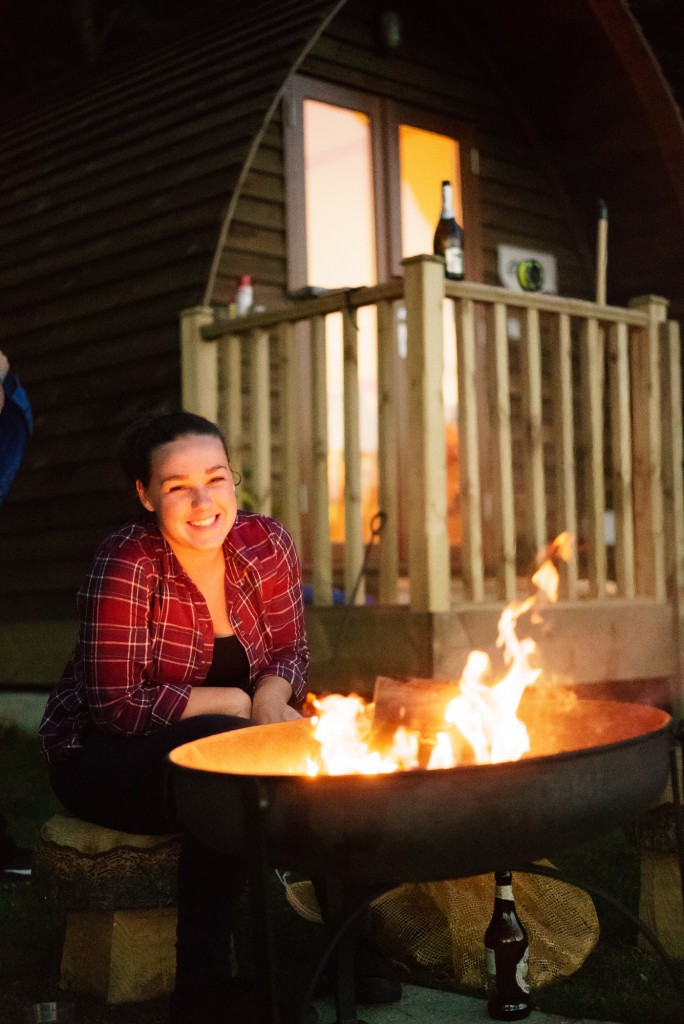 A fire, cups of tea or soup and maybe even a dram or two (if in the right company) can keep you outside even in the coldest of weathers watching the bright stars twinkle.

Journey into Wales and its borders and you’ll find more eye-catching history in the shape of Offa’s Dyke – a striking linear earthwork roughly following the border of England and Wales. Dating from the 8th century and 270 kilometres long it was built by Anglo Saxon ruler King Offa of Mercia probably as a power statement and today there is an Offa’s Dyke Path following much of the original route.Clwydian Wigwams at Ruthin in North Wales is close to a section of the trail. Moving over into Somerset and Secret Valley Wigwams is well placed to step back in time via the many varied walks amidst the beautiful Quantock Hills where 4,000 year old Bronze Age burial monuments, Iron Age, medieval and 2nd world war sites are to be found. It seems it’s always been a good place to live and it’s certainly a great place to glamp! Don't forget the tin mines in Cornwall either - which can be easily accessed from our number Cornish Wigwam sites.

You can browse the UK’s many other historic sites from pre-historic to more recent  to get some inspiration for your own time travel trip. But why stick with exploring what’s already been discovered when you can travel down through the ages in person – armed with a trowel? The UK’s archaeological digs website will tell you where you can get your hands dirty - digging up the past for yourself. It lists excavations of all periods including those suitable for children. Simply tie in the location with a great glamping site nearby and the rest – as they say – is history!