Harry Potter Filming Locations To Visit On Your Glamping Trip 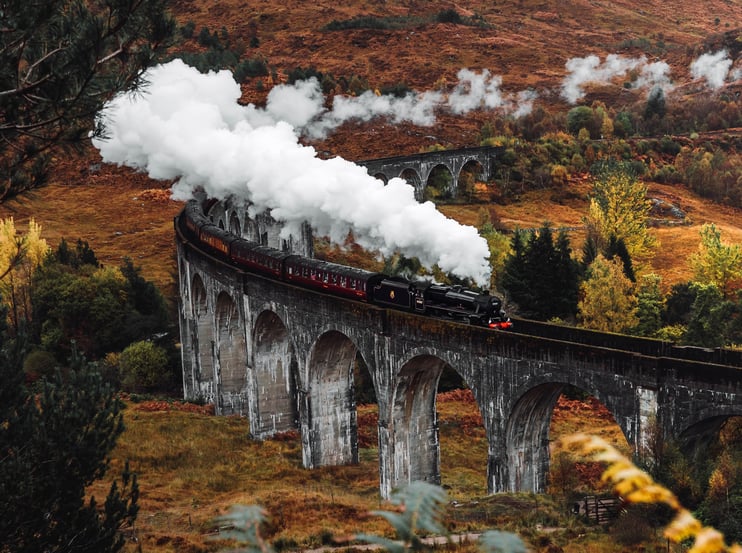 Geeky about all things Harry Potter? So are we! If you love the wizarding world created by J.K. Rowling as much as you love outdoor adventures, combining the two on a camping or glamping trip is a surefire way to have a truly memorable staycation.

In today’s blog post, we’ll be taking a look at some of the most iconic Harry Potter filming locations across England and Scotland as well as the Wigwam® campsites nearest to them. This way, you can plan your break as easily as the witches and wizards in Harry Potter seem to get all their housework done with a little help from magic. So pack your bag with one of your well-loved paperbacks from the series along with your hiking shoes - it’s time to go glamping with Harry Potter!

The ancient university town of Oxford can be seen in the background of a large number of scenes set in Hogwarts, so taking a stroll through this medieval town will make you feel like you too might be on your way to your potions class! The Bodleian Library houses the Divinity Hall, used as Hogwarts Infirmary and the Duke Humphries Library, the set for Hogwarts Library. Both were heavily featured in the first film in the franchise, The Philosopher’s Stone.

The nearby New College Cloisters were used in the Goblet of Fire when Harry confronts Draco Malfoy while Christ Church College a stone’s throw away features heavily in the first three Harry Potter films, used for Hogwarts interior shots. Most famously, the Great Hall was used as inspiration for the Hogwarts dining hall, with a set created at the film studio to recreate this grand hall. The Wigwam® sites closest to Oxford are Hill Farm & Orchard and Evenlode.

Gloucester Cathedral is heavily featured in the earlier films in the franchise, acting as the corridors of Hogwarts School of Wizardry and Witchcraft. In The Philosopher’s Stone, it’s where the escaped troll wreaks havoc, while in The Chamber of Secrets, the walls of the cloisters bear the mysterious messages written in blood. Also in the cloisters, you’ll find the large door behind which the Gryffindor dormitories were set. Evenlode and the Forest of Dean Wigwam® Village are the Wigwam® sites closest to Gloucester.

Further up north, Malham Cove in the Yorkshire Dales National Park is well worth a visit. This is where Harry and Hermione hide from Voldemort and the Deatheaters in The Deathly Hallows Part 1. The dramatic curved limestone formation makes for a great destination for a brisk hike. Yorkshire is home to a number of great Wigwam® sites perfect for a camping holiday with a side of Harry Potter-themed sightseeing.

Located within easy reach of both the North York Moors and the North Pennines AONB, the Durham area is another excellent option for both sightseeing and outdoor living. Durham Cathedral was used for many exterior shots of Hogwarts, especially in the earlier films. In the Philosopher’s Stone, you see it covered in snow at Christmas time as Harry releases Hedwig for a quick fly around the school in the Hogwarts courtyard.

Alnwick Castle is an hour’s drive from Durham and yet another filming location for scenes taking place at Hogwarts. The courtyard is where Harry and his friends learn to fly their brooms and where Harry and Ron crash land the Weasleys’ Ford Anglia on their way back to school in The Chamber of Secrets.

The castle, open to visitors between March and October, hosts a daily broom-flying lesson taught by an eccentric professor. This activity is free with your general admission ticket and is sure to charm kids and those young at heart. Make sure to sign up as soon as you get to the castle as places are offered on a first-come, first-serve basis!

Waren Mill and Springhill Farm are the Wigwam sites nearest to Alnwick, while Northside Farm is located midway between Alnwick and Durham, making it a great option for those who want to visit both filming locations.

The Glenfinnan Viaduct offers one of the most iconic backdrops in the series with very little help from animators - it really is as fantastic a view as you see onscreen! The impressive railway is used in scenes with the Hogwarts Express, and these shots have been etched on the minds of everyone who enjoyed the films. You too can feel like a Hogwarts student by taking a scenic ride across the viaduct with the Jacobite Steam Train, whose carriages were actually used when the films were shot!

Your trip will begin in Fort William, a popular holiday resort with plenty of opportunities for fabulous outdoor activities, and finishes in the small port town of Mallaig where you can catch a ferry to one of the nearby islands or head back to Fort William. Along the way, you can take in the gorgeous small towns and villages you pass while listening to the Harry Potter books narrated by the legendary Stephen Fry - for a die-hard fan, it doesn’t get much better than that!

The west coast of the Scottish Highlands is home to a whole bunch of other filming locations apart from the viaduct, so if you’re in the region, make sure to pay a visit to some of these, too. Wigwam® glamping sites in the area include Acharn Farm, Loch Tay and the Strathfillan Wigwam® Village.

Glen Coe is famous from four of the Harry Potter films, playing host to Hagrid’s hut and the bridge leading to Hogwarts among other things. However, this particularly stunning corner of the Highlands is also heavily featured in Hollywood films like Braveheart and Skyfall.

An hour’s drive from Glen Coe is Loch Etive. This sea loch was used as a filming location in The Deathly Hallows Part 1. It’s where Harry, Ron and Hermione’s go on their camping tour. The shores of this remote loch offer great chances for rock climbing as well as spotting seals, red deer and golden and sea eagles.

While Edinburgh isn’t a filming location for the Harry Potter films, it’s a must-visit place for all fans of the books and movies. This is because J.K. Rowling has called the city her home for decades, including the period she wrote her beloved book series. The picture-perfect city inspired much of the Harry Potter books as you’ll quickly notice on a walk through its Old Town.

Take a walk up the winding Victoria Street - the inspiration for Diagon Alley - before popping into The Elephant House on George IV Bridge. This is where Rowling wrote much of the earlier books in the series.

Greyfriars Kirkyard is just behind the cafe and served as inspiration for the author, giving her the idea for the names of many characters. This includes Voldemort, whose real name, Thomas Riddle, is a close variation of Thomas Riddel, a man buried in the kirkyard. The Wigwam® site nearest to central Edinburgh is Mortonhall, offering cosy glamping accommodation a 15-minute drive from the capital’s attractions.

When you choose Wigwam® Holidays for your outdoor adventure, you choose comfy, heated camping pods that make camping easy all year round as well as beautiful nature and outdoor activities right on your doorstep. With 80+ glamping sites across the UK, you’re bound to find the perfect site for you wherever you want to go and whatever you’re passionate about. To browse all of our glamping sites, click the link below.